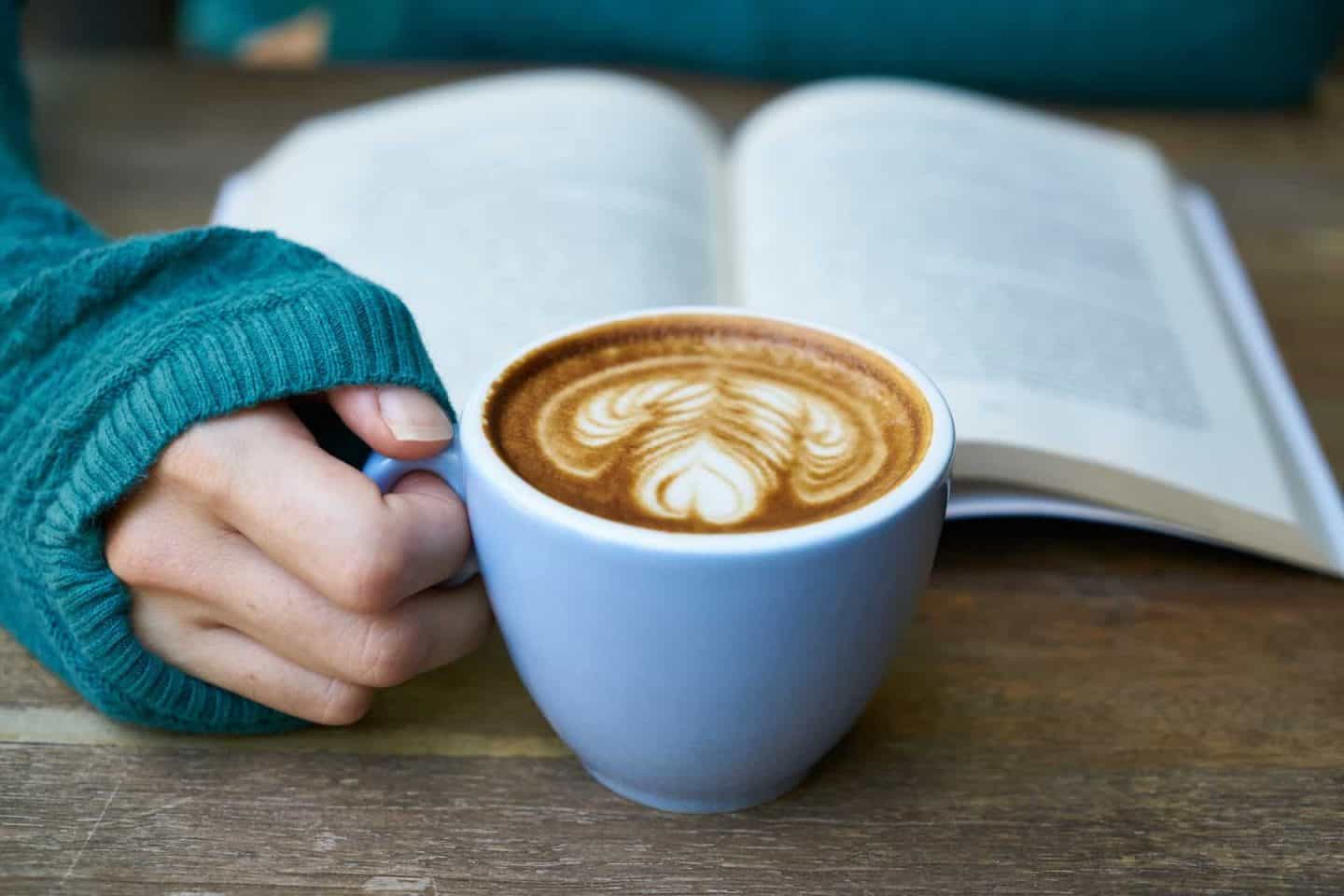 There’s nothing quite like curling up with a good book on a cool fall day. Whether you are bundled up under covers or enjoying the first fire of the season, a good book and some hot tea or hot chocolate always seems to hit the spot. If you are like me, you are always looking for suggestions on what to read next. I love getting recommendations from friends. I also enjoy reading reviews. Sometimes reviews can lead you to one of your favorite reads that you may have not otherwise given a chance. Here are 5 must read books for fall while you cozy up by the fire. 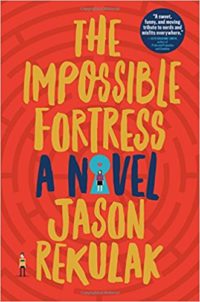 Until May 1987, fourteen-year-old Billy Marvin of Wetbridge, New Jersey, is a nerd, but a decidedly happy nerd.

Afternoons are spent with his buddies, watching copious amounts of television, gorging on Pop-Tarts, debating who would win in a brawl (Rocky Balboa or Freddy Krueger? Bruce Springsteen or Billy Joel? Magnum P.I. Or T.J. Hooker?), and programming video games on his Commodore 64 late into the night. Then Playboy magazine publishes photos of Wheel of Fortune hostess Vanna White, Billy meets expert programmer Mary Zelinsky, and everything changes.

A love letter to the 1980s, to the dawn of the computer age, and to adolescence—a time when anything feels possible—The Impossible Fortress will make you laugh, make you cry, and make you remember in exquisite detail what it feels like to love something—or someone—for the very first time.

The Weight Of Ink 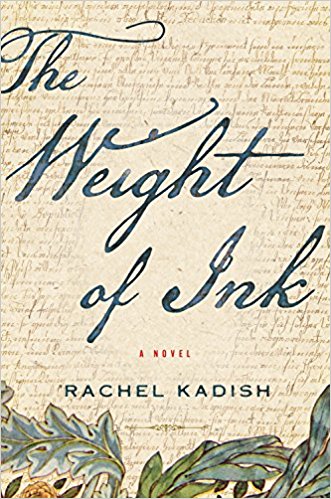 Set in London of the 1660s and of the early twenty-first century, The Weight of Ink is the interwoven tale of two women of remarkable intellect: Ester Velasquez, an emigrant from Amsterdam who is permitted to scribe for a blind rabbi, just before the plague hits the city; and Helen Watt, an ailing historian with a love of Jewish history.

As the novel opens, Helen has been summoned by a former student to view a cache of seventeenth-century Jewish documents newly discovered in his home during a renovation. Enlisting the help of Aaron Levy, an American graduate student as impatient as he is charming, and in a race with another fast-moving team of historians, Helen embarks on one last project: to determine the identity of the documents’ scribe, the elusive “Aleph.”Electrifying and ambitious, sweeping in scope and intimate in tone, The Weight of Ink is a sophisticated work of historical fiction about women separated by centuries, and the choices and sacrifices they must make in order to reconcile the life of the heart and mind. 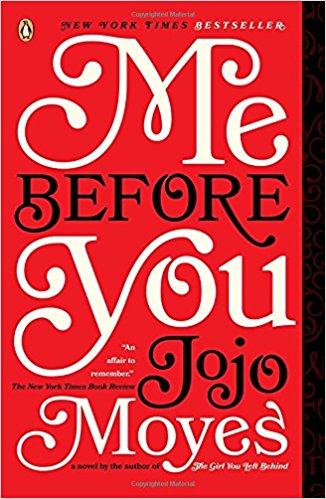 They had nothing in common until love gave them everything to lose . . .

Louisa Clark is an ordinary girl living an exceedingly ordinary life—steady boyfriend, close family—who has barely been farther afield than their tiny village. She takes a badly needed job working for ex–Master of the Universe Will Traynor, who is wheelchair bound after an accident. Will has always lived a huge life—big deals, extreme sports, worldwide travel—and now he’s pretty sure he cannot live the way he is.

Will is acerbic, moody, bossy—but Lou refuses to treat him with kid gloves, and soon his happiness means more to her than she expected. When she learns that Will has shocking plans of his own, she sets out to show him that life is still worth living.

A Love Story for this generation and perfect for fans of John Green’s The Fault in Our Stars, Me Before You brings to life two people who couldn’t have less in common—a heartbreakingly romantic novel that asks, What do you do when making the person you love happy also means breaking your own heart?

Not Fade Away: A Short Live Well Lived 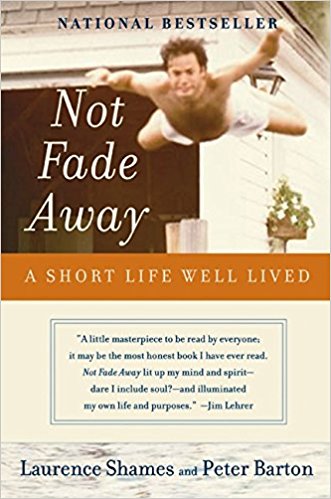 Some people are born to lead and destined to teach by the example of living life to the fullest, and facing death with uncommon honesty and courage. Peter Barton was that kind of person.

Driven by the ideals that sparked a generation, he became an overachieving Everyman, a risk-taker who showed others what was possible. Then, in the prime of his life—hugely successful, happily married, and the father of three children—Peter faced the greatest of all challenges. Diagnosed with cancer, he began a journey that was not only frightening and appalling but also full of wonder and discovery.

With unflinching candor and even surprising humor, Not Fade Away finds meaning and solace in Peter’s confrontation with mortality. Celebrating life as it dares to stare down death, Peter’s story addresses universal hopes and fears, and redefines the quietly heroic tasks of seeking clarity in the midst of pain, of breaking through to personal faith, and of achieving peace after bold and sincere questioning. 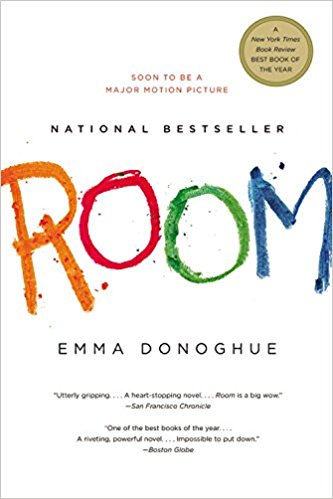 To five-year-old-Jack, Room is the world. . . . It’s where he was born, it’s where he and his Ma eat and sleep and play and learn. At night, his Ma shuts him safely in the wardrobe, where he is meant to be asleep when Old Nick visits.

Room is home to Jack, but to Ma it’s the prison where she has been held for seven years. Through her fierce love for her son, she has created a life for him in this eleven-by-eleven-foot space. But with Jack’s curiosity building alongside her own desperation, she knows that Room cannot contain either much longer.

Room is a tale at once shocking, riveting, exhilarating–a story of unconquerable love in harrowing circumstances, and of the diamond-hard bond between a mother and her child.

If you’ve read any of these too I would love to hear what you thought! Also, if you have any great suggestions for books I should add to my list, let me know.

When we decided to have a small intimate wedding c

This past weekend Noah said his first three word s

Family photos with a toddler are fun 🙃 Noah wan

Is anyone else’s kid a bookworm? 🤓📚 A few

Party of 3 for this 2 year old!! Noah’s birthday


Error: API requests are being delayed for this account. New posts will not be retrieved.